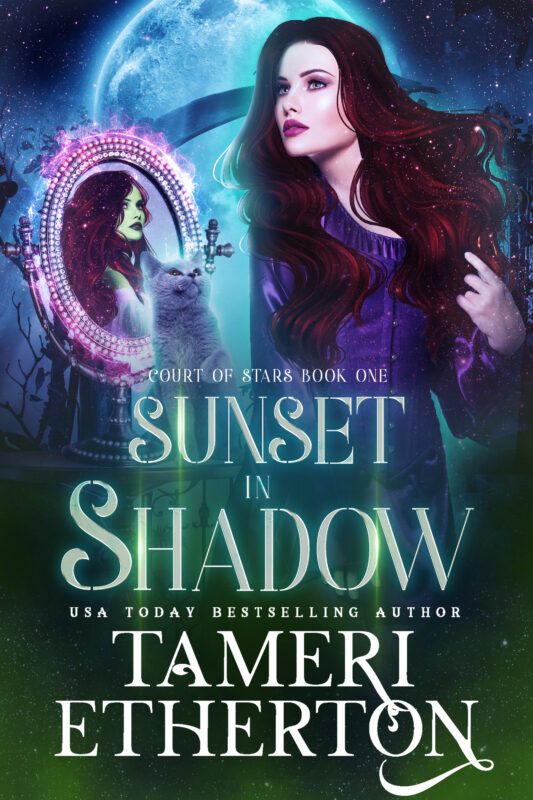 Some monsters live under the bed, and some live beneath your skin.

She's in for the fight of her life...

Every sunset, Rainne is cursed to change from an elf maiden into a lust-fueled ogress. She keeps her ogre desires under control until an elf prince arrives and upsets her precariously balanced life.

The ogress in her desires Prince Theo and will break every rule, entertain every taboo, and defy certain death to have him.

When he commands Rainne to join him at the elven palace, she can’t refuse. Nor will she be able to hide her secret.

Theo never thought he’d leave the luxurious palace of Elvenwood, but when his older brother disappears, he’s sent to find him. A chance encounter with the mysterious, yet lovely Lady Delarainne, gives him the reason he needs to return home.

The only problem? There’s a mysterious woman following them and he’s determined to learn her secrets.

The longer Rainne is away from home, the harder it becomes to keep the ogress from taking over permanently. The more time she spends with Theo, the harder it is to stop herself from falling for the prince. To save him, she’ll have to escape his lavish palace before he learns the harsh truth of who and what she is.

But not all beliefs are true, and learning to forgive is harder than it seems. If Rainne doesn’t break the curse, she’ll lose more than just Theo—she’ll lose her elven soul to the greedy ogress spirit that wants to consume all that Rainne holds dear.

Previously published as Sunset, She Fights